May 16 – A fatal collision on SR-163, Mission Valley, San Diego took the lives of two UC San Diego Medical Center students: Anne Baldock and Madison Cornwell. They, along with three other friends, were driving a Toyota Prius a little after 1.30AM on Saturday morning, when a white pickup truck going the wrong way collided with their vehicle.

California Highway Patrol said the two girls died at the scene, while the remaining three passengers, who are also students of UC San Diego Medical Center, suffered grave injuries. One has severe brain injury, while the two incurred broken bones.

Alleged suspect Marine Lance Cpl. Jason Riley King, was said to have been drinking the night before the accident happened. He is currently facing charges that include two counts of murder, DUI resulting to injury, as well as two counts of vehicular manslaughter. San Diego Superior Court Judge Peter Deddeh has already set a bail of $3 million, which will be reviewed again on June 8.

Who Are The Victims? Anne Baldock and Madison Cornwell were both students at UC San Diego Medical Center. They just finished taking their medical licensing exam Friday, before the crash. Madison Cornwell, 23, had plans to spend a year of study in Malawi, a country in southeastern Africa. Medical school professor Dr. Lori Wan mentioned that Cornwell wanted to work on a program for malnourished children.

Anne Baldock,24, had dreams of someday becoming a neurosurgeon. She wanted to pursue a medical doctorate after finishing a Ph.D in her third year. According to their professors, the two were as different as night and day, but shared a bright future ahead of them. As friends and family grieve for their loss, one may be left to wonder what lies in store for the DUI driver, Jason Riley King. A DUI (driving under influence) charge is bad enough – but to accompany it with manslaughter entails heavier punishment. In San Diego, you could be charged for DUI not only if you have a BAC (blood alcohol level) of 0.08 or higher, but also even if your BAC is below that number.

For an individual with a BAC below 0.08 percent, a prosecutor must prove that he or she was a) driving a vehicle and; b) he or she was under the influence during that time. As some people have difficulty controlling their actions once they have drunk even a little alcohol, the police may deem them impaired if they display one or more signs of poor driving such as swerving and/or speeding.

Charges for DUI first offense in San Diego typically includes up to one year in jail, informal probation for 3 to 5 years, 6 months to one year license suspension, a DUI program, installation of an Ignition Interlock Device for up to three years, and expensive fees.

Note that a charge for vehicular manslaughter is different than those of wrongful death. Manslaughter happens when a person knows that what his doing is careless or negligent, but does it anyway – resulting to someone’s injury and/or death. Not all accidents will involve manslaughter. Wrongful death on the other hand, is involved in almost all kinds of accidents – from medical malpractice to car accidents.

It’s possible for someone to be acquitted of manslaughter, but found guilty of wrongful death in a civil court. Thus, owing thousands to millions of compensation to the victim’s surviving relatives. The news about the fatal accident at Route 163 has made San Diego citizens question whether or not they need stricter, harsher punishments for DUI violators. As there’s no news yet as to how officials are planning to minimize accidents such as this, your safest bet is to NEVER DRIVE DRUNK. Have a trusted friend or family drive for you. You can also get a cab or hitch a ride home.

Encourage everyone you know to avoid driving while under the influence (be it drugs or alcohol). This is not just for your safety, but for the safety of everyone on the road. 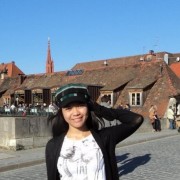