Got a friend who just won’t stop talking about Doctor Who, Supernatural or Game of Thrones (I mean, who would?!)? Someone who always melts at the sight of Jared Padalecki, Tom Hiddleston or Benedict Cumberbatch pictures? Or perhaps spends almost all of the time drawing or writing fanfiction? If yes, well you’re stuck with a fangirl/boy – a life ruined by too much feels and can’t evens. Utmost care and discretion is advised.

While there are really no hate issues towards fandoms, there are people who just don’t get us fangirls and boys. Though we already accept the fact that not all approve of the universe we’re in, critical friends still upset us. We understand and we don’t push them to join us in our keymashing experience, but the least that we want from our non-fandom friends are their acceptance and appreciation, their honesty and loyalty when they’ve really had enough of us, and their often heroic attempts to get us back to reality.

For starters, fandoms is an aspect of pop culture where teen and young adult fans either join or create online communities devoted to their favorite artists, celebrities, movies or TV series. Right now, there could be millions and millions of them, but the top spots belong to a few titles and people.

Fandoms are infectious, but there are a few who have developed a kind of immunity to this major epidemic. Fanatics love to share and talk about their interests, but their friends don’t always share the same. However, having friends who listen, ask, laugh and giggle with means the world to us!

My ex-boyfriend and now husband loves mocking me for my love for Tom Hiddleston. My Tom presents tend to get lost because he would “misplace” them somewhere. A Secret Santa even gave me a distorted picture of him because she “doesn’t know which picture I was talking about.” Co-workers hated me for hating on Taylor Swift during their short-lived romance. Some friends are into K-Pop, but I don’t. They love lashing out at me because of my over-attraction and my know-it-all tendencies; so do I with them. The ending? A boisterous laughter. At the end of the day, it’s our relationship that matters more. While it’s like heaven to have friends with similar interests, but where there’s diversity, there’s a party.

Help them Complete their Fandom Experience

Found some pictures, videos or articles about your friend’s fandom? Don’t hold back! Share the new-found treasures to support his fandoms or something like that! Taking time feeding your friends their favorites demonstrates your wish for them to be happy or updated. Are they celebrating their birthdays or some special occasion? Any present is surely appreciated, but getting one that’s closest to their hearts is best. Are they into Marvel? As one of the most successful franchise, it won’t be that difficult to find the perfect present. How about Star Wars? New movies, cartoons and video games are being launched all the time, so you won’t have to search far and wide.

Get them Back to Earth

Fandom is the combination of the words fan and kingdom. It’s a realm unique and familiar only to those who belong in it. It’s a place of imagination and escape from reality. Thus, serve as your friends’ conscience when they appear drifting away from reality. Be the reality checker for them when they start to get too deep into their universe. That may sound exaggerated, but based on experience, I tend to lose focus working on something because of too much Pinterest. Fellow fangirls would agree when I say it’s never easy to ignore those convo threads, news feeds, fanvids, OTPs, etc. My close friends would tap me (sometimes slap) when they notice me taking a long time reading fanfictions or theories. It feels nice to know there are people who look out for me constantly, even without me telling them to.

Surely, we’ve all become avid followers at least once. This generation of enthusiasts has surely taken fanaticism to a whole new level with the Internet. More than the fun and excitement, it brings people coming from various cultures together in a virtual kingdom where the imagination rules. However, the promise of identity and belongingness these communities offer is not enough for one to know who he/she really is and to feel that they really belong. Outside the virtual world (aka reality) we also need a group where we could be ourselves and where we could express freely. Hopefully, along with the dramatic increase of fandoms online, so will real friendships and strong bonds. 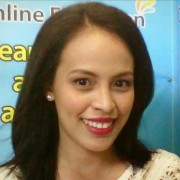 Abigail A. Sabijon is a blogger and editor of scoopfed.com. She has also been in an international institute and taught at a university, where she worked as a team counselor, trainer and instructor. She enjoys healthy discussions and the company of her beloved cat and loving husband.